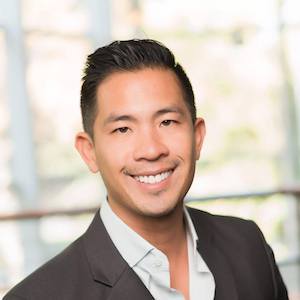 Facebook advertising has gained momentum as one of the most effective advertising platforms for businesses of all sizes. With over 2 billion users, half of whom actively using the site each day, businesses are foolish if they ignore the advertising power of this platform. The stats are mind blowing, and the potential reach is staggering. The best part is the simplicity of Facebook advertising. Facebook can be one of the most effective ways for companies to optimize sales and conversions. Any business can start an ad campaign for a relatively small investment and expand their reach exponentially. But, as with every form of advertising, simplicity does not equal effectiveness or ROI.

In this article we’ll look at five simple steps that help optimize sales and bring big results using Facebook advertising.Ashar Alam is one of the top experts in Facebook advertising, and here he shares with us what those five steps are, as illustrated in a case study using one of his own clients. Ashar has spent nearly 15 years in digital marketing, and in that time has found the winning formula for using Facebook to effectively grow a business. He runs anywhere from $1.3 - $1.8/$2 million in Facebook ads a month. Some of the clients spending the most money on Facebook ads are start-ups, and as a result have been able to massively scale up their businesses.Ashar explains, “The questions I get asked the most are, where do I start, how do I scale, and will it work for my business?”‍

How Is Facebook Advertising Different from Google Ad Words?

With Google Ad Words advertising, someone searches for a specific problem at a specific time and they want to find a way to solve that problem. This is a great buyer, and will likely convert at a high rate. But, that can be a more difficult, more time-consuming buyer to find.Facebook advertising, on the other hand, is creating an awareness in the person who may/not have that particular problem. It’s about getting in front of a target audience, and a percentage of that target audience will have that problem that needs to be solved using your solution. Do you see the difference and understand why it’s important to know the distinction between the two? In one case (Google ads), you’re waiting for customers to come to you, hoping they search for the problem you’re able to solve. Whereas in the case of Facebook ads, you’re creating an awareness and getting your solution in front of people who may or may not need it – you’re going to them.If you’re not already convinced about the power of Facebook advertising, look at some numbers, according to SproutSocial:

Those numbers prove the immense influence Facebook is having on advertising and marketing, and how it needs to be front and center of any company’s advertising strategy. It’s no longer enough to just put up a company branded page – the organic reach is virtually non-existent at 2%. Waiting for people to find your business just won’t work. Companies need to actively target their prospects and customers through strategic ads, and by doing that, will realize more sales and conversions than they know what to do with.Ashar’s strategy is simple, “The first thing I ask clients is, who is your customer and what problem are you solving for them?” Facebook ads allow you to create an awareness of the problem that people may not even have consciously realized they had. Think about a couple of simple examples of how this happens in everyday life. Let’s say you’re thinking of buying a new car and, after seeing the ads and stopping in a dealership, you’ve narrowed down your choice to the one you like best. Suddenly all the cars you see on the street are that particular make and model. You are now more aware of that car. Or in the case of a dentist advertising teeth whitening. Everyone wants white teeth but not everyone has white teeth. Someone may think about having their teeth whitened but not do anything about it until they see an ad for it, and all of a sudden, the ad triggers an action. These are both simple examples of brand awareness, how an ad can put a brand or product top of mind and trigger an action, ideally, a purchase.

‍Ashar best illustrates the effectiveness of a strategic Facebook advertising campaign using a recent case study with his client, a popular gaming company.

The company was already running a fairly successful Facebook campaign, and they understood their gaming market very well. Their challenge was they wanted to scale their ads to reach a greater audience and increase sales.“To get started, we looked at what was working already, the demographics of their current customers, who is buying, who is not, who is buying the most and least, and then we started testing. We did a deep dive into their client base using the Facebook Insights tool, which allowed us to find out their interests, where they hang out online, what they do online, their profession, and more (Facebook maintains 2,000 data points on every user). The client had a lot of data, but when we could combine that with Facebook Insights, we had a goldmine of information.”

“We took their existing campaign and targeting and split it into different groups, looking for optimized conversions. Initially we didn’t find any winning campaigns, but we were able to reduce their costs overall, so that was a beneficial initial result, just using what they already had. Next, we developed “lookalike audiences” by loading all their existing buyer data into Facebook, which allowed us to create audiences that looked just like their buyers. That’s when we started to see real results.”

‍What were the results?

‍The company had 38,000 purchases of their subscription package for $.72 per purchase, which is an insanely low acquisition rate, well beyond their break-even point.Before they were acquiring customers at $6 cost per purchase from their best campaign. We were able to quadruple their purchases and decreased their cost per acquisition significantly. Eventually this company was purchased by the largest gaming publisher, so overall a great result.Ashar shared the five steps he followed with this client to achieve their remarkable results.

In this case, Ashar’s client had a lot of data to work with, but that’s not always the case. Get an understanding of your existing client base by examining their demographics and psychographics and reflect on who your client really is. Taking this step will help you understand your buyer and determine your strategy, which is something companies don’t often take the time to do. Ashar has his clients complete a questionnaire that forces them to participate in this valuable exercise.

If you have your customers’ first name, last name, email and phone number, you can take your existing buyer’s list and upload it into Facebook to create a “custom audience.” Facebook will find those users on Facebook (at this point, nearly 1/3 people in the world are on the site) and provide more data on them.

Take advantage of the information in Insights; is a very powerful tool to help you learn more about your audience and what is working.You also have to know the problem you’re solving with your product or service. If the prospect doesn’t recognize the problem as one they experience, your ad, no matter how good, won’t resonate with them and will fail to convert. What tends to work best on Facebook are coupons or offers. These things are great for smaller businesses to attract more customers.

We’ve all seen hundreds, if not thousands, of ads on Facebook while scrolling through the news feed. Creating an ad for Facebook can be done in a matter of minutes, but that doesn’t mean it’s going to be effective. Through his research and testing, Ashar has found that what works best on Facebook are native ads, ones that look like something you’d share with your friends. Why do those types of ads work best? Because it doesn’t look like an ad, it is organic. Think about it, when you see a pretty image and an offer for 20% off, your guard immediately goes up because you know it’s an ad. But something that looks more organic will get users to stop and read or watch (in the case of a video) because they don’t immediately think they are being sold something. Think about some of the best ads you’ve seen on Facebook and chances are they are advertorials that get behind your guard.In this case, pictures of in-game play worked better than stock graphics, and including actual reviews of the game gave gamers something to read that was in their language – speaking from gamer to gamer.

Once the ad was created, Ashar examined the data that was coming in so he could better target their prospects. The initial ad performed good, but not great; he reduced cost per acquisition to $4.35. The thing to understand about Facebook is that in order for the algorithm to give you the best information, it needs data. The more data you gave give it, the more you can optimize and the more buyers you can find.In this case, Ashar examined:

That information was then uploaded into Insights to gain even more knowledge, including psychographics, for better targeting.Ultimately, he came up with three separate groups to target:

Once Ashar was armed with as much data as possible, it was time to start testing different ads. The best converting ad ended up being a long image – one that would take up the entire screen when viewed on a phone. He changed the headline, described the actual game, included reviews as social proof, then added a call to action to buy. The company added a Facebook Live to launch and end the promotion, which featured a well-known gamer, a simple call to action and light scarcity. It was at this point when cost per conversion dropped by 90% and volume increased exponentially. It’s only by testing will you find out what is working and what is not.Breakeven is important in advertising, but the faster you can mitigate the cost per client acquisition, the faster you’ll realize profitability.Ideally you want:

How Can You Get Started?

‍Getting started with a successful Facebook ad campaign is simple. The best ways to start:

Don't wait to get started, now is the time to set your strategy for a strong finish to the year, with momentum to carry you into the new year. If you’re ready to optimize your Facebook marketing campaign and bring in more customers than you’ll know what to do with, contact us today.

Photo by rawpixel on Unsplash

Go Back To Blogs